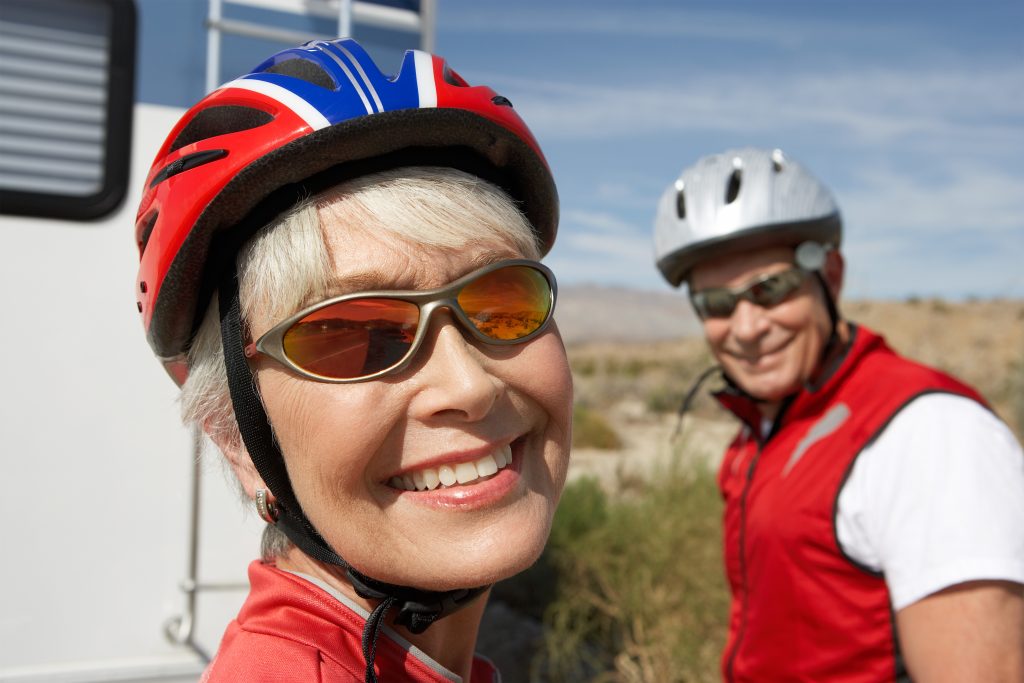 Will I ever slow down? Do I have the right plans in place? Retirement is a chance to do more of what you enjoy. Figures released as part of LV=’S tenth annual state of retirement report [1] indicate that, far from winding down, retirees are making the most of their time, with signs that pension freedoms have made people even more likely to feel this way. Half (49%) of retirees now say they view their post work years as an exciting phase of life, with many using their free time to learn, see and experience new things.

Nearly two thirds (64%) of people who’ve retired since April 2015 say stopping work has opened up new opportunities, with on in five (20%) having decided to learn new skills and more than half (55%) devoting more time to their hobbies. In addition, those who retired since the pension freedoms are being more adventurous with their holidays. Nearly half (46%) are holidaying in places they’ve never been to before, compared to 39% of people who retired before the freedoms were introduced, with the Caribbean (18% vs 11%), Australia (15% vs 6%) and cruises (23% vs 21%) popular destinations.

The report finds this trend of viewing retirement more positively is set to continue, with future generations similarly optimistic. Two in five (42%) of those not yet retired think retirement will be exciting, and thre in five (60%) believe they will have the opportunity to do more of what they enjoy. In terms of holidays, younger age groups are hoping to visit more far-flung locations – with 18-24 year olds aspiring to travel as far as Asia (26% vs 11% of 45-54 year olds), Canada (26% vs 17%) and New Zealand (25% vs 17%).

Working For An Additional 4 Years and 2 Months

However, despite high hopes for enjoying their retirement years, many of those under 65 believe they will be working past this point, with people expecting to work for an additional four years and two months on average. In fact, one in ten (10%) expect to continue working for more than ten years after retirement, with this doubling to one in five (19%) for those between 35 and 44 years old. This could be down to a lack of planning as more than three in five (62%) of 35-44 year olds don’t know how much is in their pension pot and, of those who do, two thirds (66%) have less than £50,000.

Living How You Want Once You Stop Working

One of the best ways to maximise retirement income and ensure you can live how you want once you stop working is to obtain professional financial advice. Yet only one in ten (11%) have obtained advice about their retirement, and 70% have no plans to do so. Worryingly, this rises to nearly eight in ten (79%) for over-55s.

Take Control Of Your Pensions And Investments

We understand that professional advice on financial matters is invaluable to creating a durable retirement plan for the future. We will help you to set goals, take control of your pensions and investments, and adapt to changing circumstances. To review your situation, please speak to us.

The full State of Retirement report can be found at: lv.com/statementofretirement.
The Work & Pensions Comittee has launched a new inquiry into whether and how far the pension freedom and choice reforms are achieving their objectives.
https://www.parliament.uk/business/committees/committees-a-z/commons-select/work-and-oensions-cimmittee/news-parliament-2017/pension-freedoms-launch-17-19/
Methodology for consumer survey: Opinium, on behalf of LV=, conducted online itnerviews with 1,521 UK adults between 15 and 19 September 2017. Data has been weighted to reflect a nationally representative audience.

A pension is a long-term investment. The fund value may fluctuate and can go down, which would have an impact on the level of pension benefits available. Pensions are not normally accessible until age 55, Your pension income could also be affected by interest rates at the time you take your benefits. The tax implications of pension withdrawls will be based on your individual circumstances, tax legislation and regulation, which are subject to change in the future. The policy may not cover all the definitions of a critical illness. For definitions, please refer to the key features and policy document.